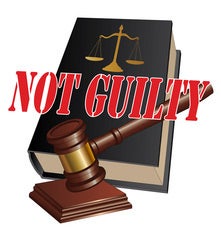 Neighborhood disputes don't often lead to criminal charges but when they do, you can bet tensions will run high.  Just last week, I represented a woman at trial who was accused, along with her husband, of beating up a neighbor.  She came to me last November and hired me to defend her against the charges of First Degree Assault (a felony) and Second Degree Assault.

I immediately began to investigate the situation by visiting the crime scene and speaking to whatever witnesses I could find.  Additionally, I looked into the victim's background and found that he had not always been the most honest individual in the world.  He had been accused of many different crimes, including theft.  I attempted to use the information gained from my investigation to convince the prosecutor to drop all the charges against my client but she refused to do so.  As such, I continued to prepare for trial.

At trial, my familiarity with the scene, the witnesses and the event were very helpful.  Also, the jury was not impressed with the victim, in part because I was able to show them the convictions I dug up.  I had prepared my client for her testimony and she was very persuasive on the stand.  She was, ultimately, found not guilty of all charges.

This case just reinforced in my mind the importance of preparing for trial and leaving no stone unturned.  It's always nice to put in the hard work and see a good result.

‘My Story ': A Conversation with Marshall Henslee, Founding Partner, The Law Office of Marshall T. Henslee LLC Why did you decide to become a lawyer? I guess you could say I have always wanted to be a lawyer -- ever since the 6th grade, at least, when my best friend and I imagined starting a pra...

Thank you for contacting us. We will get back to you shortly.

Please complete all required fields below.

Marshall T. Henslee Is Here for You

At The Law Office of Marshall T. Henslee, I focus on Criminal Defense, Drinking & Driving, Internet Crimes, Traffic Violations, Drug Crimes, General Felonies & Misdemeanors, Federal Crimes, and Accidents/Personal Injury and I am here to listen to you and help you navigate the legal system.

I offer a free consultation and I'll gladly discuss your case with you at your convenience. Contact us today to schedule an appointment.